Pope Francis’ comments on accepting gay priests has rocked the Catholic world, yet even progressive Catholics disagree on the import of his statement.   Was it just a change of tone, not substance?  Was it too little, too late?  Will he follow through with action or was this statement just for show?

Various commentators took different approaches to the statement.  Here’s  a sampling of some of their thoughts.

Here at New Ways Ministry, we welcomed the statement, seeing it as a sign of hopeful things to come:

“Pope Francis’ statement on accepting and respecting gay priests is a clear sign that this pope will be taking a more conciliatory approach to LGBT issues than his immediate predecessors have done.

“Unlike John Paul II and Benedict XVI, who approached LGBT topics through the lens of sexuality and sin, Pope Francis is signaling a new direction which is based on the Catholic principles of human dignity, respect, and social integration.  Benedict had issued an instruction to bishops not to accept gay candidates for the seminary, a policy that was being considered under John Paul’s papacy.  Both previous papacies were noted for their virulent opposition against LGBT issues.

“Some will say that Francis’ statement is not enough, that he still refers to sins of homosexuals, but I think the important thing is the question of emphasis.   Even if he doesn’t drop the sin language, this is still a major step forward, and one that can pave the way for further advancements down the road.  Change in the church is evolutionary, not revolutionary.  Though this statement is not the change which many of us hope for, that is, the full equality of LGBT people in our church, it is a necessary first step toward that change.   Most importantly, it shows that Pope Francis is open to dialogue on this matter, and not simply follow the harmful obstinacy of his predecessors.”

“To my mind, Pope Francis’s brief comment on gays reveals great mercy.  That mercy, of course, comes from Jesus Christ.   And we can never have enough of it.  The Pope’s remarks also are in line with the Catechism, which teaches that gays should be treated with ‘respect, compassion and sensitivity.’  But gays were not the only group to be shown mercy in the Pope’s brief in-flight interview.  The Pope also asked for greater compassion for divorced and remarried Catholics, a group that has long felt marginalized in the church, and called for a “deeper theology” on the role of women in the church.  Today Pope Francis has, once again, lived out the Gospel message of compassion for everyone.
“The lesser-noticed change in the Pope’ revolutionary words during his in-flight interview was, at least according to the translation in the Italian-language ‘Vatican Insider,’ the use of the word ‘gay,’ which is traditionally not used by popes, bishops or Vatican officials.  This is a sea change.”

Equally Blessed, the coalition of Catholic organizations that work for LGBT justice and equality,  also had strong praise for the pope:

“Pope Francis today uttered some of the most encouraging words a pontiff has ever spoken about gay and lesbian people. In doing so, he has set a great example for Catholics everywhere.

“The pope has rejected the harsh language of his predecessor, Benedict XVI, for a compassionate approach and a pastoral tone. Lesbians and gays are no longer a “threat to civilization,” rather they are people of faith and good will.

“Catholic leaders who continue to belittle gays and lesbians can no longer claim that their inflammatory remarks represent the sentiments of the pope.”

Kevin Clarke, a blogger at America magazine, noted the importance of just a few of the words the pope said:

“. . . Francis may have become the first pope in history to offer a ‘who am I to judge’ response to a question about gay and lesbian people. . . “

But Clarke also urged caution, while at the same time noting the importance of the papal shift:

“His words certainly signal a shift in tone from Rome on gay and lesbians; will they also mean a change in current policies regarding, for instance, gay men in the priesthood?

“Francis was also asked why he did not spend much time speaking about abortion or gay marriage during his trip (church teaching is already clear, he said) and about the difficulties of divorced and remarried Catholics. ‘I believe this is a time of mercy, a change of epoch,’ the pope said. He said the group of eight cardinals tasked with reform will explore the issue of whether divorcees can receive Communion.” 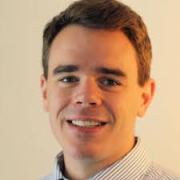 Michael O’Loughlin, who blogs at Religion News Service also questioned whether the pope’s statement is significant:

“I’ve joined the chorus of those praising this truly palpable breath of fresh air in the Catholic Church. Pope Francis is welcomed change in style. How will his bishops here in the US react, especially to the comments about not judging gays, finding roles for women, and welcoming back the marginalized? The Pope, it seems, will lead by example. Will his bishops follow? What concrete steps will Catholic leaders take to change the atmosphere of the church?

“A friend IM’ed this morning, asking if this news was a big step for the church. Yes and no, I said. Yes, it’s certainly huge that a pope has spoken about gays in a nonjudgmental, loving way. The pope’s words may inspire others to alter their own speech and behavior. No, because we wait for change, for signs that this is indeed more than an off the cuff remark. But for now, I’ll stick with yes. Yes, this is hope, and hope is huge.”

Writing in The National Catholic Reporter, Ken Briggs was decidedly more skeptical about the pope’s comments: 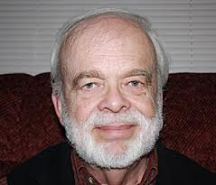 “If he didn’t mean to suggest a new Catholic teaching on homosexuality, should he have plainly said so? Would that have been in keeping with his image in some quarters as being bluntly honest? Or does he believe that a little dose of mixed signals is justified in order to ease the bitterness that has been swirling around the issue? . . .

“It’s too early in the papacy to know for sure, but worth noting perhaps that the same patina of double speak characterizes the major issues Francis addresses. Is he the “repair the crisis” pope who sees his mission as reviving church spirits before unloading some concrete, contentious re-designs, or a public relations pope whose effort is to recast the profile of Catholicism without following through on vague suggestions that things will substantially change? . . .

“A lot of what the appealing and intriguing pope said could be seen as a plea to keep young people — any Catholics — from crossing the street to the Pentecostal churches known for their warm embrace, empowering of lay people and live-wire worship. While genuine ecumenism is out of fashion and was nowhere to be seen, neither did the pope directly bash the Pentecostal rivals. But the signs of distress over massive defections could be heard in his urgent appeals to wavering Catholics to ‘stay home.’ On that there was no ambiguity.”

Writing personally, William Lindsey, who blogs at Bilgrimage.blogspot.com, felt that the pope’s words did not make up for the years of pain inflicted by church leaders:

“. . . I’m critically aware that for many Catholics, including many LGBT Catholics, the conversation about these matters has now moved light-years beyond the question of whether “homosexuals” . . . . should be included, welcomed, and treated with respect. And so I wonder how we can have a meaningful and honest conversation about these matters, if we pick up this conversation at the point of the pope’s comments and don’t acknowledge what many Catholics have been saying and thinking about these matters for a long time now.
“And there’s also this: for many of us, the actual experience of dealing with fellow Catholics and Catholic leaders who have been intent–quite precisely–for decades now on judging and marginalizing us solely because we’re gay results in a kind of deafness that makes us unable to hear Francis’s liberating, gospel-centered words with much hope or joy at all. Because we’re now so beaten up from our encounter with our church, its leaders, and many of our fellow Catholics, that we’re inured to hopelessness.
“Scars stand between us and our ability to receive a loving embrace from the community that has created those scars across our human lives. Scars cover our ears and make us unable to hear a liberating, hopeful, and joyful message from the community that has created those scars.”

Terence Weldon, at QueeringTheChurch.com, notes that Francis is providing an emphasis that is much needed in church discussions on LGBT issues: 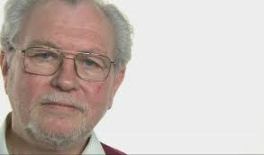 “Today, he has delivered some thoughts which are more explicitly favourable, insisting that gays should be integrated into society, must not be marginalized or discriminated against, and should be welcomed into the priesthood.  Welcome words indeed. There is in fact absolutely nothing new in this – it’s all absolutely standard, orthodox Catholic doctrine, which contains two parts. There is a compassionate side, directing that we should be treated with respect, compassion and sensitivity, and protected from unjust discrimination, and from violence or malice, in words or in deeds. Then there’s the harsh side, denying absolutely any hope of physical expression of our loves in genital acts. The problem has been that many bishops, and the previous two popes, have ignored or directly flouted the compassionate parts of teaching, focusing exclusively on the harshest bits. Francis is not in any way signalling a shift in actual teaching – but he is introducing some sorely needed balance. That alone is welcome.”