It’s always curious to me when similar arguments appear in the writings of people whose views on a topic are opposed.   I’ve pointed this out in two other instances, and you can read about them here and here. 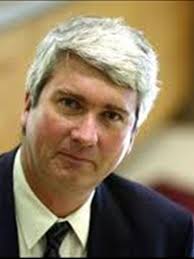 Fr. Frank Brennan, SJ, a professor of law at Australian Catholic University, in an essay on EurekaStreet.com entitled “It’s time to recognise secular same sex marriage,” wrote about his nation’s marriage equality debate.  Over a year ago, he had written in support of legalizing civil unions, but he has now changed his mind to support marriage rights.  In his current essay, he suggested:

“It is high time to draw a distinction between a marriage recognised by civil law and a sacramental marriage. In deciding whether to expand civil marriage to the union of two persons of the same gender, legislators should have regard not just for the wellbeing of same sex couples and the children already part of their family units, but also for the wellbeing of all future children who may be affected, as well as the common good of society in setting appropriate contours for legally recognised relationships.”

Brennan has some exceptions to his support for same-sex marriage:

“If these concerns were met or at least weighed in the balance against the claims of children already in same sex families deserving respect and nurture by the state and society, society could properly move to recognition of civil unions or same sex marriage if and when the overwhelming majority of the population (including those who are presently married civilly) supported such change.”

His conclusion in support of marriage equality, however, is very strong:

“It would be just and a service to the common good for the State to give some recognition and support to committed, faithful, long-term relationships between gay couples deserving dignity, being able to love and support each other in sickness and in health, until death they do part.”

He notes, too, that Pope Francis has taken a different approach to gay and lesbian couples than Pope Benedict XVI did.  Pope Francis, while archbishop in Argentina, supported civil unions.  Brennan notes his agreement with the new pontiff, but goes a little further:

“I am with Francis on civil unions but, unlike him, I now accept that we can probably no longer draw a line between civil unions and same sex marriage.”

Check out tomorrow’s blog post to see how a priest who opposes marriage equality also seeks to separate secular marriage from sacramental marriage.