Catholic commentators continue to reflect upon the two Supreme Court marriage decisions this week, and their intellectual and personal musings are too good to pass by.  We present you with a patchwork of summaries and excerpts for you to consider as you do your own reflections on this week’s events.

Two writers have noted the sad juxtaposition of Supreme Court decisions this week.  On Tuesday, the Court unfairly dismantled the Voting Rights Act, greatly restricting justice, and on Wednesday, the Court decided two cases in favor of marriage equality.

“with a heavy heart, knowing full well that, unlike Wednesday, the Supreme Court rulings that took place Tuesday were not a great moment for America, justice or civil rights.”

Manson notes both the moral and practical connections that exist between the Voting Rights Act and LGBT equality:

“The fight against voter suppression laws and the fight for LGBT rights share some deep connections. At the most fundamental level, both are civil rights battles for equal protection under the law. In the same way that LGBT activists have asked other victims of discrimination to identify with our struggle, LGBT people must continue to foster the bonds of identity and solidarity across communities of justice-seekers.

“At a strategic level, LGBT activists must also consider the ways in which voter suppression could undermine the fight for equality in the 35 states where same-sex marriage continues to be illegal. If right-wing lawmakers are successful in restricting voter eligibility among the disenfranchised, LGBT civil rights will be as vulnerable as government entitlements, civil liberties, collective bargaining and protections for immigrants.” 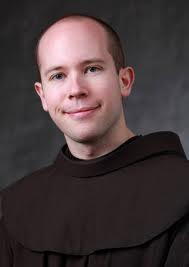 Fr. Daniel Horan, OFM, on his blog DatingGod.com, also noted the disappointment in the Voting Rights case, and noted that the U.S. bishops’ characterization of the marriage decisions as “tragic” seemed misplaced:

“[W]hile the Tuesday decision might rightly be called ‘tragic’ for its short-sightedness and lack of historical appreciation for the crimes and abuses against women and men of color in the south, the decisions on Wednesday were absolutely not tragic. That anyone would say that — and this quote has circulated widely in subsequent days — strikes me as quite appalling. Wednesday’s decisions, as best I can tell, affect no one for the worse. They do not threaten different-sex marriages. They do not ruin the foundations of our society. They do not do anything but provide another step to guarantee that all human beings have the right to be treated like other human beings in the United States. We’ve come as a society to recognize, oftentimes too slowly, the need for these legal protections with regard to sex, race, and now sexual orientation — all things inherent to a person and outside one’s control. . . . Vatican II’s Gaudium et Spes reiterates the need the church has to recognize the legitimate role of governments to protect the rights of all people regardless of this inherent characteristics of their personhood:

‘If the citizens’ responsible cooperation is to produce the good results which may be expected in the normal course of political life, there must be a statute of positive law providing for a suitable division of the functions and bodies of authority and an efficient and independent system for the protection of rights. The rights of all persons, families and groups, and their practical application, must be recognized, respected and furthered, together with the duties binding on all citizen (no. 75).’

“All persons, families, and groups!” 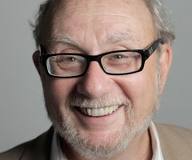 Mark Silk, a professor of Religion in Public Life at Trinity College and director of the college’s Leonard E. Greenberg Center for the Study of Religion in Public Life,  offered a very Catholic way for “How the bishops can live with Same-Sex Marriage” in a Religion News Service essay with that title.  In it, Silk points out how “marriage” is used frequently as an analogy in Catholicism to describe other realities.  A nun is sometimes considered married to Christ, a bishop is considered married to his diocese.

Using this very Catholic notion of analogical thinking, Silk suggests that the bishops do the same for thinking about  lesbian and gay couples who marry:

“In the USCCB’s letter condemning the Supreme Court’s same-sex marriage decisions, Cardinal Dolan and Archbishop Cordileone write, ‘Marriage is the only institution that brings together a man and a woman for life, providing any child who comes from their union with the secure foundation of a mother and a father.’

“Sure, guys, but in your book marriage is not only that. So what if same-sex civil marriage is not oriented toward biological procreation and achieved sacramentally in a Catholic church? Use your analogical imaginations.”

Finally, one of the more profound reflections on this week’s news comes from Thomas Bushlack, a professor of moral theology at the University of St. Thomas, in St. Paul, Minnesota. Writing on the blog PoliticalTheology.com, Bushlack recognizes that with DOMA struck down, we are in a new political, cultural, and theological moment:

“We are clearly in the middle of a fairly rapid cultural turning point regarding the moral and legal status of same-sex couples, and the views of many Americans are tethered to and influenced by the underlying theological issues that inform their opinions.  Despite the plurality of voices within these theological debates, one thing seems certain: what was once taken as a commonplace definition of marriage as between one man and one woman can no longer be assumed.”

This new “moment” means giving up some of old ways of thinking and acting:

“I believe that efforts on the part of individual Christians and church leaders . . . to solidify the legal definition of marriage as between one man and one woman has neither served to promote the common good nor to facilitate the preaching of the Gospel.  Even if one agrees with the theological and moral arguments against same-sex marriage (and there is clearly not consensus here), it has not appeared obvious to the majority of Christians that this necessarily entails prohibiting it in a civic and legal arena.  The Supreme Court decisions offered today reflect this general public sense that same sex couples deserve the equal protection conferred by the Fifth Amendment – regardless of the theological and moral issues involved (which the courts are not competent to judge anyways).”

Most importantly, Bushlack offers some important advice on moving forward for both detractors and supporters of marriage equality:

“If I were to offer my opinion with regard to the best way for theologians and church leaders to move forward following today’s rulings, it would be to reassess our rhetoric. For those opposed to civil recognition of same-sex marriage, the argument that allowing same-sex marriage will have a negative impact upon the common good of society has been found unconvincing, not least because there is little tangible evidence to back it up. And there is no logical step from a theological argument based on Genesis 1 to inscribing “one man, one woman” into civil law. For those of us who support the extension of greater legal protections and rights to same-sex couples, we need to refrain from gloating and find ways to remain united as a church with a common goal of spreading the Gospel even amidst vehement disagreement.”

Bondings 2.0 will continue providing you with links to relevant commentary on this past week’s historic decisions.  You might also want to read our previous posts on the topic: