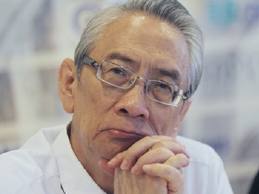 Sometimes it is difficult to imagine what a bishop was thinking when he makes a statement that is so incorrect and irrelevant.  A case in point is the news from the Philippines that retired Archbishop Oscar Cruz recently said that it would be permissible for a gay man and lesbian woman to marry because procreative possibility would be present.

The Philippine Daily Inquirer quotes the archbishop’s statement, made during a meeting of the Catholic Bishops Conference of the Philippines-National Appellate Matrimonial Tribunal:

Archbishop Cruz, who has served as an auxiliary bishop in Manila, the nation’s capital, and as head of the Archdiocese of San Fernando, was also a Judicial Vicar for the nation’s bishops’ conference.  Despite his education and experience, his remarks reveal an amazing lack of knowledge about the dynamics involved in intimate sexual relationships.  A Filipina LGBT activist was quick to respond with statements that reflected not only a more humane approach, but one that is also more in line with what the Catholic church really teaches about sexual relationships.  Gay Star News reported: 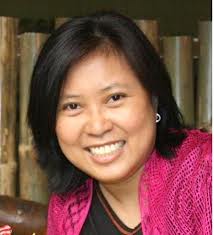 “Filipina LGBT rights activist Angie Umbac told Gay Star News she is ‘speechless’ at the comments of the Archbishop. . .

“Umbac, who campaigns for Filipino LGBT rights organization Rainbow Rights, said that people should marry ‘not because their parts “fit”‘ but ‘for the right reasons’.

‘I’d like to believe that human beings are more than the sum of their parts,’ said Umbac. ‘How about the brain? The heart? The soul? At what point do love, free will, and self-respect come in? They are important components of marriage that the Archbishop’s careless statement choose to ignore.’

The archbishop’s comments didn’t stop there, though.  He went on to acknowledge that homosexuality is a permissible reason to receive a marriage annulment from the church.  While this is true, this statement also highlighted the illogic of his statement about a gay man marrying a lesbian woman.  Salon.com writer Mary Elizabeth Williams was quick to point out this problem:

“But if the Catholic Church can sanction marriage between lesbians and gay men, Cruz also acknowledges it can also retroactively declare that it was never even legitimate in the first place. In the same speech, the Archbishop admitted that homosexuality was valid grounds for annulment, though he added it is rarely invoked.”

The Philippines is currently considering a proposal to legalize marriage for lesbian and gay couples, and the Catholic hierarchy is, predictably, opposed to it.   Despite the hiearchy’s opposition to LGBT equality, a recent Pew poll showed that the Philippines population, overwhelmingly Catholic, is very accepting of LGBT people.

An incident such as this is a reminder that our church leaders are in deep need of education about sexuality and human dynamics.  One can try to think of reasons why Archbishop Cruz made such a wrongheaded statement:  Did he let personal homophobia get the best of him?  Was he caught up in some sort of political fervor to try to block the nation’s marriage proposal?  Is he so totally removed from the lives of real people that he is unaware of the many elements that are involved in relationship-building?

Whatever the reasons, the best thing he can do now is to apologize and promise to educate himself better not only about LGBT people, but about basic Catholic teaching about sexuality and relationships.