In what seems to be developing into a national trend, another church worker has been forced out of his job when it was learned that he is gay. (A list of recent incidents involving LGBT people being dismissed from church jobs is below my signature at the end of this blog post.) 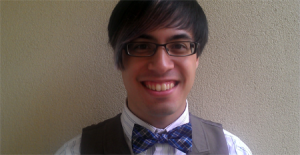 Nick Johns, who was organist at St. Brigid Church, Alpharetta, Georgia, said that the pastor, Fr. Joshua Allen, suspended him after a parishioner made complaints based on items viewed on Johns’ private Facebook page.

“ ‘One of the parishioners there was trolling on my Facebook and brought in a couple of pictures of me and my fiance and maybe some of the things I was saying in support of marriage equality,’ Johns said.”

In the news story, and on a blog post that Johns put up to let family, friends, and parishioners know what happened, the musician explains that under the former pastor, his orientation was not a problem:

“Johns came out in 2011, while he was working with another church, he said. When he was hired at Saint Brigid, he was determined to be open about his sexual orientation. But his openness may have cost him his job.

“A meeting with the man who hired him, Monsignor David Talley, followed to discuss his personal Facebook page.

“ ‘We had a meeting to talk about it and he was saying he didn’t care that I was gay because one of his childhood best friends turned out to be gay and they’re still best friends. We were talking about making my profile private. I didn’t know it wasn’t private. I made it private and that was the end of it for a long time,’ Johns told GA Voice.”

When Johns appealed the suspension, he had a meeting with the pastor, and he was given a choice to either be fired or to resign.  He resigned, explaining:

“I’m trying to find another organist position and I figured it would be easier if I wasn’t fired from my previous job.”

Since the dismissal, a new pastor has been appointed for the parish:

“Since Johns’ suspension, Saint Brigid has hired a full-time replacement pastor, meaning the man who fired him is no longer in charge. But Johns doesn’t think he would go back, even under the new leadership.”

When I think of all the LGBT people employed by the Catholic Church in the U.S., most of whom minister while keeping their sexual orientations secret, I can’t help but  see this policy of firing pastoral workers as anything but the institution shooting itself in the foot.  Yes,  it is true that these are discriminatory acts against LGBT people.  Because they are discriminatory, such acts are to be condemned.

At the same time, it strikes me as self-defeating for the institutional church to keep damaging itself by firing competent ministers.  The institutional homophobia is clouding good judgement.

April 17, 2012: Lesbian Teacher Fired for Listing Her Partner’s Name in Her Mother’s Obituary

May 5, 2012:  Excluding Lesbian and Gay Church Workers from Employment

Author Behind Book on the Life of a Gay Catholic Priest ‘Comes Out...Why the U.S. Catholic Bishops Should Support Gay Boy Scouts
Scroll to top
Loading Comments...
%d bloggers like this: