Carla Hale, a teacher at Bishop Watterson High School in Columbus, Ohio, has been fired because she listed her lesbian partner’s name in her mother’s obituary, according to The Columbus Dispatch.

But the firing has not sat well with students at the school.  They have organized a change.org petition to have Hale reinstated to her post as a physical education teacher.  The petition states, in part: 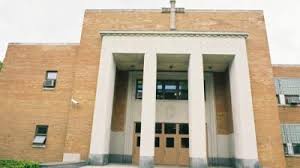 “Carla Hale, a beloved teacher at Bishop Watterson High School, was fired because of her sexuality. She was a teacher who cared for her students and treated each one with respect. The school, however, did not reciprocate that respect in its treatment of her. Discrimination and injustice is something that we all have a duty to fight in today’s society. It’s unfair that someone who cared so much about her students and her job should lose them on the basis of something she cannot even control. The school claims its mission is to teach its students about love, acceptance, and tolerance, and yet it did none of this in the way it treated Ms. Hale.”

According to the Dispatch story, Hale, who has worked at the school for 19 years, was fired after a parent complained about the obituary to the Diocese of Columbus.

According to LGBTQNation.com, the petition was started by Jackson Garrity, a senior at Bishop Watterson, who explained the motivation for the response:

“My classmates and I feel very passionately about this issue. We (the senior class) agreed that we needed to take a stand as leaders and voice our opinions.”

This is the second time this year that a Catholic school in Ohio has fired someone over LGBT issues.  The other case was Cincinnati Assistant Principal Mike Moroski, who was fired because of stating his support for marriage equality on his personal blog.

And the firings are part of a national trend of church leaders dismissing both paid employees and volunteers who are LGBT people, or lesbian/gay people who have become civilly married, or people who have stated their support of marriage publicly (see list of related blog posts below my signature).The most recent case before Hale’s was Nicholas Coppola in Long Island, New York, who was dismissed from several parish ministries because it became known that he married his partner.

If church leaders continue with this trend, they will soon find that they have no one left working in their institutions.

May 5, 2012:  Excluding Lesbian and Gay Church Workers from Employment

Equal Marriage Rights Progress Around the World–Especially in Catholic...QUOTE TO NOTE: Proud Latino and Catholic for Marriage Equality
Scroll to top
Loading Comments...
%d bloggers like this: