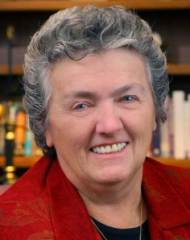 Pope Francis was officially inaugurated earlier this morning, concluding much of the ceremonial introductions and beginning his papacy in full. A week of speculation and observation leaves Catholics and the world-at-large with a growing understanding of who this pope is, from where he emerges as former head of the Argentine church, and where the Church might be heading. Sister Joan Chittister, a Benedictine nun writing in National Catholic Reporter, discusses weariness on the part of many Catholics and her desire for Pope Francis to sincerely listen.

“It is weariness that is palpable in so many groups now…

After a papacy under Benedict XVI that denied modern developments in the hierarchy’s understandings and suppressed even posing questions, many are left weary, which in Sr. Joan’s eyes is worse than anger or indifference:

“People are weary of hearing more about the laws of the church than the love of the Jesus who says whatever a person’s struggles, ‘Remember, I am with you always’ (Matthew 28:20).

“People are weary of seeing whole classes of people — women, gays and even other faith communities again — rejected, labeled, seen as ‘deficient,’ crossed off the list of the acceptable…

“It gets spiritually exhausting to go on waiting for a pastor again and instead getting a scolding, reactionary church whose idea of perfection is the century before the last one rather than the century after this one…

Weariness is so subversive, and thus worrisome for Sr. Joan, because it undercuts caring, and people will not react with anger for change or endure hardship in hope that the situation will improve.  Weariness just kills the weary one’s interest. However, in Sr. Joan’s eyes, Pope Francis provides an opportunity to give rest to the weary if he acts pastorally. Of his first appearance as pope,, she writes:

“And then came the real shock: He bowed to the people. Bowed. And asked them to pray a blessing down on him before he blessed them. Francis, I remembered, was the Christian who reached out to Muslims. Francis, the one who listened to every creature in the universe and dialogued with it.

“Indeed, if this Francis, too, is a listener, there is hope for reconciliation, hope for healing, hope for the development of the church.

“No doubt about it: We know who the people are who have been waiting for a pope and why they are weary. The question now is, Does he know how weary they are? And does he care? Really?”

The LGBT community, families, and advocates are certainly counted among Sr. Joan’s weary Catholics who suffer from a hierarchy intent on legalism and rejection. Many of us continue to practice the faith for reasons unique to each person, fluctuating perhaps between bouts of weariness and bursts of energy.

Pope Francis’ previous statements on LGBT rights are clear, his record on marriage equality less so–and neither are good. With the inaugural Mass concluded, and many ‘firsts’ completed, now Pope Francis must begin governing with, not over, the People of God. We can echo Sr. Joan’s words that “Maybe, just maybe, this time…” there will be change enough to dispel some weariness if this new papacy commences in a listening posture.