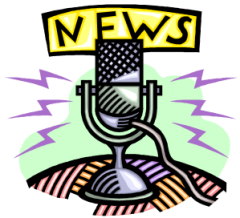 For your Friday reading, here are some links of interest on non-Pope-related Catholic LGBT matters:

1) Bondings 2.0 previously reported on a transgender educator fired from a Catholic high school and the growing Catholic support for her. Bryan Cones at U.S. Catholic posted an update asking broader questions about how religious institutions respond to transgender individuals, including this example:

“I got a call from a woman religious in South Carolina who wanted to know if there were any resources to help a parish integrate a transgender child into their religious education program…this rural South Carolina parish was doing its best to learn how to welcome her and her family. I wanted to stand up and cheer.”

2) Polish lawmakers rejected multiple bills to legally recognize same-gender couples.  A News24.com article examines how the legacies of Catholicism and Communism contributed to this rejection.  This development goes against recent positive news from Poland regarding a transgender legislator and feature film about a gay Catholic priest’s struggles.

3) A Religion News Service  story profiles a French man who is both a retired Catholic priest and mayor of a town.  His story highlights the intersection of  Church/State relations and tensions around the intense equal marriage debate currently happening in that nation.

4) On The Jesuit Post, a seminarian wrote affirmingly of French bishops’ statement on same-gender relations, reported previously on Bondings 2.0 here and here.  His reflections include the following conclusion:

“Which is why I am so encouraged to see a document that takes the desire of homosexual persons  to love and to be loved seriously. Surely much good can come from acknowledging that homosexual people might not be aiming to destroy marriage, but instead yearning honestly and openly to find a path to live full, loving, and relational human lives.”

“Love Is Never a Sin. God is Love.” Sensational Headlines that Gays Pushed the Pope Out of Office Mask the Real...
%d bloggers like this:
Scroll to top