Archbishop Salvatore Cordileone was recently profiled in San Francisco Magazine as he completes his first months as a radically traditionalist leader amid one of America’s most inclusive cities. The long-form piece reported on many areas of Cordileone’s life, none more so than his vigorous opposition to gay and lesbian equality, especially marriage rights.

Cordileone’s prominence in the marriage equality debate emerged from his pivotal leadership in the passage of Proposition 8 in California that limited marriage rights to heterosexual couples. Now, San Francisco Magazine reports on both the archbishop’s past and his potential future regarding marriage:

“He leads the powerful U.S. Conference of Catholic Bishops’ Subcommittee for the Promotion and Defense of Marriage, making him the church’s go-to guy in battling the cresting gay marriage tide…

“There are larger national struggles afoot…Conventional wisdom among conservatives has it that the church must work against more electoral wins for gay marriage. And yet, cautions [Executive Director of New Ways Ministry, Francis] DeBernardo, ‘the polls show that more and more Catholics support marriage equality. It’s a losing battle. At this point, our political campaigns are just speeding up history.’”

To many involved in Catholic ministry, Cordileone’s actions are not surprising and are not limited to marriage rights.

During his tenure as bishop of Oakland, he scrutinized the Catholic Association for Lesbian and Gay Ministry (CALGM) over whether they were ‘authentically Catholic.’ His repeated attempts to control were met with good faith responses from CALGM. For instance, they reviewed their use of the words “gay” and “lesbian” in light of his preferred “homosexual.” Eventually, he asked for even more restrictions on their decision-making:

“Cordileone then broadened his demands, asking CALGM board members to sign an eight-page loyalty oath that stressed keeping gays and lesbians from communion and holding them to chastity, along with statements supporting ‘traditional’ marriage and condemning cloning. When the board didn’t sign, Cordileone threatened ‘public action.’”

San Franciscan Catholics now attempt to read Cordileone for how he will act in their inclusive diocese, including Most Holy Redeemer parish in the Castro that is a nationally-recognized gay-friendly parish. Opinions from residents are mixed, with some seeing positive common ground with which to build relationships with Cordileone and others writing him off already:

“Roz Gallo, a San Francisco Catholic who married her female partner of 20-plus years in 2008, hopes for common ground. When she heard about Cordileone’s appointment, her first thought was to welcome him. ‘There’s room for dialogue,’ says Gallo, an office manager at a Peninsula law firm. ‘Immigration, social justice, those are my concerns, too. I’m also Sicilian and raised in Southern California. Perhaps I’m Polly-annaish, but I think that if [the archbishop and I] met, if he heard my views, we could change his mind’… 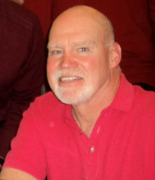 “It’s simple, said Hugh Mallaney, a 60-year-old openly gay member of Most Holy Redeemer, sitting at a round table crowded with friends. ‘He does his thing, we do ours.’ After a pause, he added, ‘I mean, the church is for us, too. We’ve built this community, and I feel more at home here than anywhere. Someone can try and come in and change that. But we will outlast them.’”

It appears, as Cordileone often works, that traditionalist changes will be implemented subtly and indirectly. Already, the new priest at Most Holy Redeemer restricted use of parish facilities and made controversial decisions about parish-hosted drag shows. These potentially signal restrictions related to the new archbishop’s arrival, reported in the piece:

“…some congregants and longtime observers of Most Holy Redeemer say that the new archbishop’s presence and his investigation of CALGM have further sent a chill. ‘He’s not going to swoop down to the Holy Redeemer and yell, “Stop your gay outreach!”’ says DeBernardo of New Ways Ministry. ‘It’s far more nuanced than that. People might censor themselves, modify things a bit.’”

“‘We’re at a point in the church where bishops want to stick to their guns on this issue. It’s the tenor of the episcopacy…But maybe Cordileone could surprise us. Perhaps he will imitate Jesus Christ, who bore the brunt of being ostracized for associating with people whom the religious institutions of his day didn’t consider desirable.’”

Perhaps ministering in a diocese that welcomes all will draw Archbishop Cordileone away from his Roman-inculcated beliefs into a more pastoral and loving ministry, perhaps not. Either way, Bondings 2.0 will continue updating our readers on developments in the Bay Area.