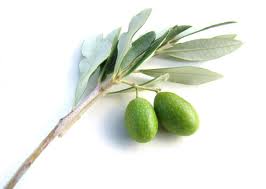 As we reported at the end of last month, Pope Benedict’s statement for the World Day of Prayer for Peace, January 1st, contained a reference that same-gender married couples are a threat to world peace.  But on January 1, 2013,  the pope’s message was countered by a pair of married heterosexual Catholic parents who have a long history of working for LGBT justice and equality.

“. . . an offence against the truth of the human person, with serious harm to justice and peace.”

In a Washington Post “On Faith” essay, Casey and Mary Ellen Lopata,  who are the founders of Fortunate Families, a national network of Catholic parents of LGBT people, countered the pope’s rhetoric by describing the lives of  lesbian and gay friends of theirs:

“We are fortunate enough to be able to contrast the pope’s rhetoric with the reality of Bob’s life, and those of many other gay, lesbian, bisexual and transgender people whom we know. They don’t seem like threats to world peace or the future of humanity. They are men and women trying to earn a living, love their spouses, raise their children and contribute a little something to their churches and their communities.”

Additionally, they contrast the pope’s point of view with that of the majority of U.S. Catholics:

“The pope is losing the fight against marriage equality because Catholics weigh his abstract definitions of what it means to be human, what it means to be male and what it means to be female, against the evidence of their own experience. They understand instinctively that human beings are too complex to be captured in such arid taxonomies, that categories devised by celibate philosophers no longer make much sense in a world in which traditional gender roles were abandoned long ago. Rather, what they know, what they believe, is the evidence of their own experience. Like John the Evangelist, they testify to what they have seen and heard.”

The Lopatas are optimistic that change will eventually happen in the hierarchy:

“History gives us every reason to believe that the church will one day follow suit, but that journey will be long and tortured. The pope presents his arguments against equality for lesbian, gay, bisexual and transgender people as immutable truth, just as the church once asserted that it was right when it argued against women’s suffrage, supported slavery, and banned new understandings of astronomy. On each of these issues, the church finally caught up with its people, but only after decades—and in the case of Galileo, centuries—of argument, exclusion and persecution. Catholics know that their leaders will eventually change their views on human sexuality.

“In the meantime, most Catholics hear the pope’s increasingly strident rhetoric, think of our neighbor Bob and others like him, and scratch their heads. Then they go about their business of voting for marriage equality, opposing discrimination, and rejoicing at the unions of their gay and lesbian family and friends. We hope it doesn’t take several more popes and many more World Peace Day missteps before the Catholic hierarchy finally reforms its ways. Thankfully, ordinary, faithful Catholics are not waiting.”

It seems that the Lopatas’ hope is one that is filled with peace for the present and for the future.

[Editor’s Note:  Fortunate Families is a member of the Equally Blessed coalition, which works for justice and equality for LGBT people and their families in church and society.  The other three members of the coalition are Call To Action, DignityUSA, and New Ways Ministry.]