While we are still in the season of looking back at 2012 while we jump right into 2013, we’d like to mention proudly that New Ways Ministry’s Co-founder Sister Jeannine Gramick was named as one of the top ten pro-LGBT faith voicesof 2012 by GLAAD (Gay and Lesbian Alliance Against Defamation)!   Additionally, we are delighted that two other Catholics made the list: Barbara Johnson, the lesbian who was denied communion at her mother’s funeral; and Dominic Sheahan Stahl, the gay man who was disinvited as a commencement speaker from his high school alma mater.

“Nuns were a big deal in 2012, and the LGBT community had a great ally in Sister Jeannine Gramick. She was one of the most visible pro-LGBT Catholic voices as Maryland adopted marriage equality and through the ballot process. She spoke about Roman Catholic hierarchy to MSNBC, and created a video series on The Daily Beast to discuss faith and life, including LGBT issues.” 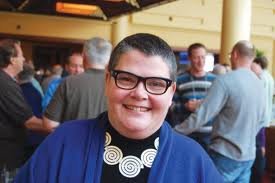 Of Barbara Johnson, they said:

“While Barbara Johnson was grieving the loss of her mother, the presiding priest stated, “I can’t give you Communion because you live with a woman, and in the eyes of the church, that is a sin.” This blatant lack of pastoral care to an LGBT person captured the attention of the nation.GLAAD worked with Barbara to tell her story and to shine a light of the Roman Catholic hierarchy’s internal persecution of LGBT people.” 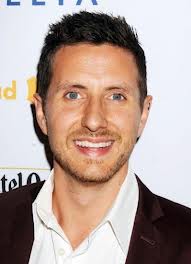 “When Dominic Sheahan Stahl was uninvited from speaking at the Sacred Heart Academy graduation for being gay, the graduating class, which included his younger brother, rallied around him. They formed #LetDominicSpeak and worked with GLAAD to express their support for the alum. They formed an inclusive graduation event, in which the entire graduating class, as well as 600 people listened to Dominic give his speech, of which, GLAAD produced a video. Dominic has gone on to establish a “Live Through Love” foundation to raise scholarship money for LGBT students.”

Bondings 2.0 followed the work and activity of all three of these leaders in 2012.  To search for their stories, type in their names into the “Search” box in the right-hand column, and all the relevant posts about them will come up.

We are proud of our co-founder, Sister Jeannine, and of these two lay leaders!  We are grateful for all the work that the three of them have done to make our world and our church a more welcoming place for LGBT people and their families!

Resolutions and Hopes for the New Year! London’s Archbishop Ends Masses in Soho for LGBT Catholics; Ministry Continues...
%d bloggers like this:
Scroll to top