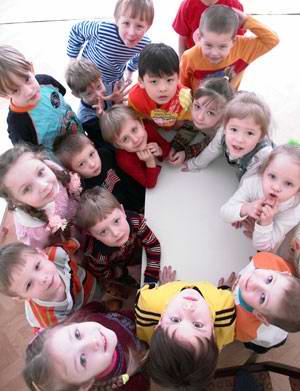 A week after Maryland became one of the first states to enact marriage equality through a ballot initiative, some Catholic leaders in the state are starting to consider how the new law will affect the church’s social service agencies, such as adoption programs, which accept state funding.

An article in the Archdiocese of Baltimore’s Catholic Review newspaper examines how several other states which have legalized marriage equality witnessed the withdrawal of Catholic involvement with state contracts, particularly in the area of adoption, rather than agree to live by the new law:

“Catholic Charities in Washington, D.C.; Boston; and San Francisco dropped adoption and foster care services after same-sex marriage’s legalization would have required them to place children with same-sex couples in order to continue government contracts for those services. In Washington, Catholic Charities also discontinued benefits for employee’s spouses.

The Maryland Catholic Conference (MCC) is expressing concern that Catholic institutions in the state will be faced with a choice about whether or not to accept state funds:

“ ‘According to the actual legislation, religious organizations that accept any sort of state or federal funds are excluded from religious liberty protections,’ the MCC said. ‘They are not exempt, and there are no protections for individuals. Marylanders should not be fooled into thinking we can redefine marriage and still protect religious liberty.’ ”

Surely, Catholic leaders do not have to withdraw ALL support for children in adoption and foster programs as a way of avoiding the new marriage equality law.  It is ironic that church leaders who so forcefully argue against marriage equality as a way of protecting children are now willing to put children at terrible risk because these same leaders refuse to find some creative way to find a workable solution.  The “all or nothing” approach damages not only children, but also Catholic leaders’ credibility who should be people in dialogue with the world around them, not avoiding it.  It would be a true scandal if children become the victims of this struggle.

The Catholic Review story included a quote from your humble blogger , calling for the bishops to make a humanitarian choice in this matter:

“Francis DeBernardo, a coordinator for same-sex marriage advocates Catholics for Marriage Equality for Maryland [and executive director of New Ways Ministry], said it would be ‘a shame’ if any Catholic services in Maryland such as adoption were withdrawn due to the law.

“ ‘I don’t think that there’s anything wrong with allowing gay and lesbian couples to adopt. I think it’s a question of equality and fairness,’ he said. ‘The hierarchy of Maryland is going to have to decide what is more important – the protection of children, or the defense of their definition of “civil marriage,” which the voters of Maryland have decided has a new definition, and whether or not they would like to continue to take (state) government funds, or fund their programs on their own. ‘ ”

Better still would be if they could open their hearts and minds to the reality that lesbian and gay couples can parent as well as heterosexual couples.  All research points to this truth.  Instead of looking at this matter as an ideological struggle, Catholic leaders should view it, instead, as a learning opportunity to educate themselves better about the reality of lesbian and gay lives.