As we come into the final week before Election Day, Catholics in Maine are becoming more public about their support for the state’s referendum to legalize marriage equality, while the Catholic bishop there is becoming more vocal about his opposition.

Catholics for Marriage Equality, the state’s organization of Catholic in favor of the referendum, took out quarter-page ads in three Maine newspapers this past Sunday urging people to vote for marriage equality.  100 Catholics across the state put their names to the ad to show their support.

In a Boston Globe news story, Anne Underwood, the lead organizer of Catholics for Marriage Equality, explained the background for the ad statement: 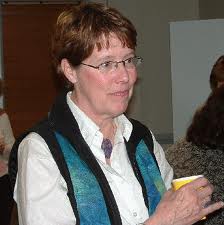 ‘‘ ‘The premise is we support marriage for same-sex couples because it’s a matter of conscience,’’ said Underwood, an attorney from Topsham. ‘’And Catholics have an obligation to form their own consciences, especially on political issues and issues of morality.’ ’’

(You can view a video clip of an interview with Underwood by clicking here.)

The same news story quotes former governor of Maine, John Baldacci, a Catholic who is a strong supporter of marriage equality:

‘‘While we’re tremendously respectful, we also recognize that God gave us the ability of free choice and to be able to follow our hearts. When we see people who want to make a lifelong commitment to each other, that’s something we should be praising and supporting.’’

Meanwhile, the state’s Bishop Richard Malone, the state’s Catholic ordinary who is governing the diocese from his new diocese in Buffalo, New York, issued a statement that any Catholic who votes for marriage equality is opposing Catholic doctrine.  He stated, in part:

‘‘A Catholic whose conscience has been properly formed by scripture and church teachings cannot justify a vote for a candidate or referendum question that opposes the teachings of the church. The definition of marriage as the union of one man and one woman, open to the birth of children, is a matter of established Catholic doctrine.’’

In response to the bishop’s statement, a Catholics for Marriage Equality spokesperson encouraged Catholics to vote as their conscience directs them:

“ ‘Emotionally, I have to say I’m disappointed and embarrassed a little bit that he would put out a statement like this,’ Frank O’Hara of Catholics for Marriage Equality said Thursday in a telephone interview. ‘In some respect, I think the bishop is overstepping the bounds of church teaching by telling Catholics how we should vote on an issue.’ ”

“O’Hara, 62, of Hallowell said he and other Catholics who support same-sex marriage will be voting their consciences on Election Day.

“’The Catechism of the Catholic Church states that “man must not be forced to act contrary to his conscience,’” O’Hara said in a statement issued late Thursday afternoon by Catholics for Marriage Equality. ‘Bishops cannot ask Catholics to vote against their consciences. No council has ever given them the authority to dictate obedience in matters of politics and civil government.’

“O’Hara agreed with Malone that Catholics for Marriage Equality does not speak for the Catholic church or every Catholic in Maine.

“ ‘We do, however, speak for an important group of Catholics, all of whom are part of the universal church,’ he said. ‘In this perspective, the bishop does not speak for all Catholics either, at least insofar as politics and government are concerned.’ “

In a related item, the Knights of Columbus have recently donated $100,000 to the campaign in Maine opposed to the marriage equality referendum, according to a news story in the Kennebec Journal.

Baltimore Catholic Pastor Preaches in Support of Marriage Equality and Cons... Prayerful Vigils and Reflections Highlight Lead Up to Election Day in Washington...
%d bloggers like this:
Scroll to top