Sometimes it’s good to stand back and take a long view of an issue–especially when the issue is one as contentious as marriage equality is in the Catholic community.  A long view can help us see what is important in a debate, what are the core issues at the heart of a question. 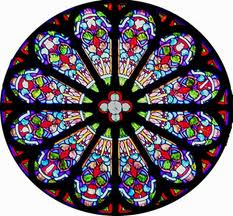 “In his book The Catholic Imagination, Fr. Andrew Greeley writes, ‘Catholics see the Holy lurking in creation. As Catholics, we find our houses and our world haunted by a sense that the objects, events and persons of daily life are revelations of grace.’

“The Catholic imagination, or ‘Catholic sacramental view of the world,’ as my mentor Margaret Farley calls it, has its roots in the Catholic understanding of the relationship between grace and nature.

“In Catholic theology, grace perfects nature. Yes, human beings are a mess, and we’re born into a very messy world. But because we are created by God and because everything God creates is good, there is intrinsic goodness in us. God offers us countless opportunities of grace to help us transform ourselves and to redeem us.

“Catholics believe the finite is capable of the infinite. This is why Greeley says objects, events and persons all have the capability to reveal God’s grace to us. That grace can come in our experiences of love, forgiveness, compassion, justice, sacrifice, but also in the midst of suffering, brokenness and desolation.”

In one sense, if you are a Catholic, you didn’t need to read that explanation because you already constantly experience that perspective on the world.  It is the perspective that was ingrained in us from stories of the saints, from sacramental participation, from rosaries and monasteries, statues, candles, stained glass, and from attending the Eucharist.   It’s good to hear it, though, so that we have a clear, succinct definition of what could otherwise be a vague term.

How does this Catholic imagination interact with marriage equality?  Manson explains:

“. . . the affirming nature of the Catholic view of the human person and the core Catholic belief that all finite things are capable of the infinite makes the Roman Catholic position on LGBT persons and same-sex relationships much more problematic. . . .

“. . .the Catholic imagination sees God everywhere, believes that God reveals Godself in all things and understands God can work through any human being or human relationship. By insisting that genital complementarity is an absolute requirement for marriage, the hierarchy places limits on God’s power to work within all of the relationships of all God’s beloved children.

“Those who possess a sacramental view of the world often realize that any human person or relationship that brings love, mercy, forgiveness, kindness, generosity or faithfulness into the world is a sign of God’s grace. Perhaps this is the reason so many Catholics defend marriage equality: They have recognized these graces can come forth as much through same-sex couples as heterosexual couples. Those who have a Catholic imagination recognize that a couple’s ability to enter into a marriage commitment is not contingent on their anatomies, but on the depth, strength and fruitfulness of their bond.

“Given their sacramental view of the world, it is little wonder that so many Catholics dissent from the bishops’ disparaging characterization of LGBT persons and same-sex relationships. The hierarchy’s position simply does not do justice to the power of the Catholic imagination.”

Manson has provided the church with a great service by presenting this analysis.  By placing the Catholic imagination at the base of why church members support marriage equality provides a firm grounding in authentic Catholic thought and experience.   It also shows why the bishops continue to fail to make their case against marriage equality to Catholic people.  Philosophical and theological arguments shrivel up when faced with the power of the Catholic imagination so deeply ingrained in our souls.