Maryland Catholic parents and the state’s Catholic governor are spreading their message of support for marriage equality in the state’s upcoming referendum via the traditional press and YouTube. 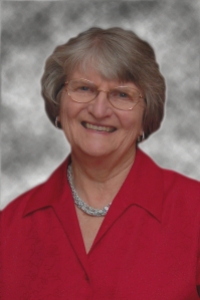 Erma Durkin, who describes herself as an 83-year old “cradle Catholic” penned an op-ed piece published in The Baltimore Sun, in which she cites her Catholic faith as the reason she is voting for question #6 in the fall:

“We should be acknowledging in everyone — including my gay son — the inherent dignity and fairness due them as human beings. As a cradle Catholic, my parents and my church taught me to treat everyone as I wanted to be treated. I have tried to live according to this teaching. . . .

“Both my head and my heart tell me that each child in our family should enjoy the same opportunity to be married. It is only right to treat everyone fairly and equally in the public square. I cannot understand how my gay son getting married to the person he loves can do harm to anyone else’s marriage.”

Ms. Durkin, who is a regular reader and frequent commenter to the Bondings 2.0 blog, acknowledges that for some, acceptance of marriage equality is a journey, but she is hopeful that others will arrive at the same place that she is:

“I do understand that, for many people, to come to a point where they can say they support marriage for gay couples will be a journey. And there are many lay Catholics on this journey now. In fact, a majority of Catholics in pews across the country support marriage equality. But we all come to this issue at our own pace, and that’s fine. . . .

“I hope Catholics in this great state vote their conscience on election day and support Question 6.”

Pat and Jenny Nugent, of Cambridge, Maryland (who are also frequent readers and contributors to this blog), are featured in a two-and-a-half minute video, explaining how their Catholic faith, plus the experience of having a gay son, have motivated to support this issue of justice and equality.

The Nugents, who have been married 48 years, and have seven children and eleven grandchildren, relate their moving story of how their faith and family experience molded their views.  You can view the entire video here:

In the video, Jenny states:

“I want him to have the same sense of security and fidelity in a relationship, where you know there’s one person you can always rely on.

“I’m going to vote my conscience and vote for QuestionNo. 6 in November.”

Another Maryland Catholic, Governor Martin O’Malley, was the subject of a ReligionDispatches. org essay this week, and author Peter Montgomery highlighted the governor’s argument about the strong religious protections in the law:

“Maryland Gov. Martin O’Malley, who is actively campaigning for voter approval of a marriage equality law he signed earlier this year, said Monday night that his support for equality under the law is “very much informed” by his Catholic faith and his commitment to protecting the human dignity of every person in Maryland. . . .

“O’Malley said that expansive religious freedom language in the law was important to its passage and in keeping with the traditions of the state of Maryland. The referendum language makes clear that the law protects clergy from having to perform any ceremony that violates their beliefs, guarantees each faith control over its marriage doctrine, and ‘provides that religious organizations and certain related entities are not required to provide goods, services, or benefits to an individual related to the celebration or promotion of marriage in violation of their religious beliefs.’ ”

You can watch a video of O’Malley’s other comments here:

Baltimore’s Archbishop William Lori also spoke out about marriage equality this week,  opposing the referendum question.  His comments are not available, however, since the event at which he spoke was closed to the media.