As France prepares to send a debate a bill on legalizing marriage for lesbian and gay couples,  two opposing camps have both criticized the proposed legislation.

Not surprisingly, members of the French Catholic hierarchy are opposing the bill.  Just last month, the French bishops asked Catholics in the pews to recite a traditional Assumption Day prayer that was updated to include opposition to marriage equality. 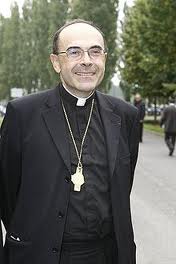 What may be surprising to some, however, is the vehemence with which the latest criticism has been offered.  According to The Telegraph in London,  France’s most senior prelate, Cardinal Philippe Barbarin, the Archbishop of Lyon and Primate of the Gauls,

“. . . warned that gay marriage would herald a complete ‘breakdown in society.’

” ‘This could have innumerable consequences. Afterward they will want to create couples with three or four members. And after that, perhaps one day the taboo of incest will fall,’ he said.”

Another French church leader has called for a referendum on the subject of marriage for lesbian and gay couples:

“Bishop Dominique Rey, the Bishop of Fréjus-Toulon, has demanded a popular vote on gay marriage as the conflict escalates unto the worst split between church and state for over a decade.

” ‘A referendum must be held to allow a real debate and to make sure the government is not in the grip of the lobbies,” he said. “A majority of the population agrees with the traditional view of marriage.’ “

But France24.com notes that the polls tell a different story:

The other critics of the bill come from the bishops’ traditional opponents:  LGBT activists.  These activists point out that under the proposed bill, lesbian and gay couples will not receive equal treatment with heterosexual couples in the area of access to reproductive technologies.  According to GayStarNews:

France will continue to prevent lesbian couples from using artificial insemination and in vitro fertilization to conceive. This in contrast to heterosexual couples who have access to assisted reproduction as long as they can prove they’ve been together for two years.

“French lesbian couples who manage to have babies together will therefore not be allowed to list both parents’ names on their children’s birth certificates.” 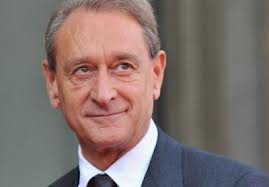 “It is very shocking and even surprising coming from him, because he is someone I consider a wise man. I don’t know what came over him; he flipped his lid a little bit, and what he said was downright ugly.”

In Washington State and Minnesota, Catholics Can Make the Difference on Marriage... LGBT Injustices Central at Loretto Community 200th Jubilee Celebration in D...
%d bloggers like this:
Scroll to top