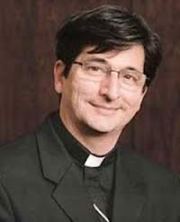 Last week, we reported that Bishop Joseph Tyson of the Diocese of Yakima, Washington State, had instructed parishes to distribute collection envelopes in its parishes to raise money for Protect Marriage Washington, the state’s main organization working to defeat Referendum 74, a ballot initiative to uphold a law guaranteeing marriage equality.

This week, however, the Associated Press reports that the state’s Public Disclosure Commission (PDC) has ruled that for parishes to collect the envelopes would be illegal and has informed the diocese of its decision:

“. . . Lori Anderson, a spokeswoman for the state’s Public Disclosure Commission, says no organization can be an intermediary for a contribution. She says the church can hand out envelopes, but either a member of Preserve Washington has to be on hand to collect them or parishioners must send them in individually.”

The diocese appears to be ready to dispute the PDC decision. Diocesan Chief of Staff Monsignor Robert Siler claims that the procedures are not a “collection” :

” ‘As far as I know, the procedures we sent to the parishes meet the requirement of state law,’ he said, noting that the envelopes are preaddressed to the campaign.

” ‘We’re not collecting and counting money,’ he said. ‘We’re just collecting envelopes and forwarding them.’ “

“Bishop Tyson says it’s just one big misunderstanding. In fact, he told KIMA that he has yet to see one of the donation envelopes.

“In the letter, where the Bishop specifically asked parish staff not to open the donation envelopes, but instead place them into the addressed security envelope and mail them directly to Preserve Marriage Washington. It says the collection is supposed to take place September 8th and 9th.

“We are delighted by this ruling because we represent so many Catholics in those pews who not only find political fund raising inappropriate for their Sunday services, but also strongly disagree with the Bishop’s stance.

“We believe we should all be able to practice our faith without pressure from our Bishop or our parish priests to support an effort we oppose. “

Legal questions aside, the moral question remains:  why are church institutions raising money for a political organization?