Last week’s Catholic LGBT news from Scotland was both good and bad, as two stories highlighted the church’s role in politics.

On the good side,  in the first story, it was announced that the Scottish parliament will introduce a bill to legalize marriage between two people of the same gender, despite pressure from Catholic officials not to do so.

“[Government] Ministers confirmed they would bring forward a bill on the issue, indicating the earliest ceremonies could take place by the start of 2015.

“But it was strongly opposed by the Catholic Church and Church of Scotland.”

The BBC also noted that:

” . . . [the ]government has insisted no part of the religious community would be forced to hold same-sex weddings in churches.”

Official Catholic response to the decision to go forth with the bill was negative:

“A spokesman for the Catholic Church in Scotland said: ‘The Scottish government is embarking on a dangerous social experiment on a massive scale.’ “ 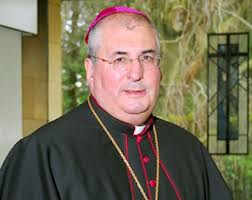 On the bad side, in the second story, Archbishop Philip Tartaglia, the newly-appointed archbishop of Glasgow, Scotland, created a row by claiming that the death of a gay Member of Parliament may have been caused by his sexuality.  David Cairns, 44, a resigned Catholic priest, died of acute pancreatitis.  The BBC reports that during a question period after an address to a university audience, Tartaglia said:

“If what I have heard is true about the relationship between physical and mental health of gay men, if it is true, then society has been very quiet about it.

“Recently in Scotland there was a gay Catholic MP who died at the age of 44 or so and nobody said anything and why his body should just shut down at that age, obviously he could have had a disease which would have killed anyone, but you seem to hear so many stories about this kind of thing.

“But society won’t address it.”

Archbishop Tartaglia’s spokesperson claimed that the statements were misunderstood and that the archbishop apologized for any pain that was caused:

“The Archbishop-elect’s words have been taken out of context.

“They were made in answer to an audience question at a lecture he gave on religious freedom in Oxford 14 weeks ago.

“He had no previous knowledge of the question, which was not related to his speech. In his reply he mentioned a situation he had been closely involved in, namely the funeral arrangements for the late David Cairns.

“The archbishop knew David Cairns, met him regularly at events in Inverclyde, and got on well with him, and was personally involved in his funeral arrangements. He is sorry for any hurt which has resulted, there was certainly no offence or judgement intended in his words.”

PinkNews.co.uk provides the context, along with the question that prompted Tartaglia’s response:

“An audience question was posed by Lesley Pilkington, the Christian psychotherapist who was censured by the BACP [British Association for Counselling & Psychotherapy] for negligence after offering a gay man therapy to help him turn straight. She was seated next to Mike Davidson of the Core Issues Trust, a group which actively campaigns for ex-gay therapies.

“Ms Pilkington said she wanted to speak about why the ‘homosexual agenda has become so powerful’, saying it was ‘intimidating, bullying and generates fear’, and people should ‘stand against it’.

“She drew attention to the case of Bob Bergeron, a gay American self-help author who had committed suicide at 49 having written a book about happiness for gay men over 40.

“Tartaglia welcomed such an opinion coming from a psychotherapist, indicating that as a Catholic priest people would expect him to say such things, but that she brought a different ‘angle’.

“The new archbishop continued: ‘If what I have heard is true about the relationship between the physical and mental health of gay men, if it is true, then society is being very quiet about it.

“ ‘Recently in Scotland there was a gay Catholic MP who died at the age of 44 or so, and nobody said anything, and why his body should just shut down at that age? Obviously he could have had a disease that would have killed anybody.

“ ‘But you seem to hear so many stories about this kind of thing, but society won’t address it. You’re right, Lesley, thank you.’ ”

Dermot Kehoe, Cairns’ partner, told the BBC that the archbishop’s remarks caused added the the grief and pain of Cairns’ family. Cairns said:

” ‘The Archbishop elect brought up David Cairns himself. He wasn’t asked about him, he chose to bring him up and essentially he implied that David’s death was due in some way homosexuality and his being gay.

” ‘This is not only in complete ignorance of the facts in this case.’

“Mr Kehoe added that to take a personal tragedy and to make it political ‘was more than upsetting, it is deeply painful’.

“He went on to say: ‘This has not only upset me and David’s family, but it added to our grief and pain and he [Archbishop elect Tartaglia] hasn’t shown any contrition for doing this.’ “

New San Francisco Archbishop is Defender of Traditional Marriage Monsignor Is Caught in a Lie as Diocese Backs Out of Selling Property to a Gay...
Loading Comments...
%d bloggers like this:
Scroll to top