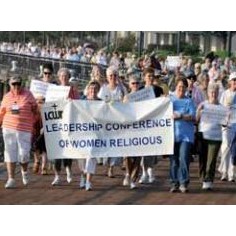 The national board of the Leadership Conference of Women Religious (LCWR) has issued a response to the Vatican’s April report which challenged American nuns’ positions on several church issues, including their support of LGBT people and New Ways Ministry.

After a three-day meeting which ended on May 31st, the LCWR board critiqued both the substance and process of the Vatican’s investigation:

“Board members concluded that the assessment was based on unsubstantiated accusations and the result of a flawed process that lacked transparency. Moreover, the sanctions imposed were disproportionate to the concerns raised and could compromise their ability to fulfill their mission. The report has furthermore caused scandal and pain throughout the church community, and created greater polarization.”

The statement added that the LCWR leadership plans to have further discussions with Vatican leadership on the matter and then turn any further decision-making steps to the membership, which will be be meeting in St. Louis in August for their annual assembly. 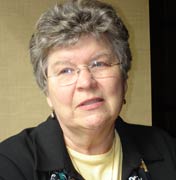 This statement comes after a month of vigils held around the U.S. in support of the LCWR and women religious.  Over 650 people prayed at a vigil in Cleveland this week.   A local television report quotes Sister Christine Schenck, Executive Director of FutureChurch:

“I feel like they’re maligning the integrity of women religious in the U.S. and they have disrespected the leadership in the U.S.”

CBS This Morning carried an interview with Sister Maureen Fiedler, host of National Public Radio’s Interfaith Voices radio show, who called the Vatican’s attempt to provide oversight to LCWR  as a “hostile takeover.”  She also stated, in regard to LGBT issues:

“I think nuns embracing the teachings that came from the Second Vatican Council have become deeply involved on issues of poverty, injustice, in peace, in the environment. We’re very concerned about those things. Those are our whole lives. Our vows call us to give our lives to other people. And if we’re at all concerned about people of a gay or lesbian orientation, we believe they’re equal, too.” 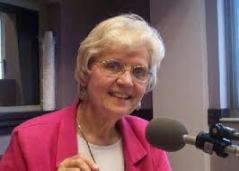 Sister Fiedler explained that part of the context for the Vatican versus LCWR controversy comes down to two different definitions of the church:

“This is about what kind of a Catholic Church we’re going to be. Because when I hear Vatican mandate, what I hear is the voice of the church of 19th Century, the voice of the church before that wonderful reforming council, the Second Vatican Council in the 1960s, when it was exhilarating to be a Catholic in those days, when the windows were open and fresh air was let into the church. That’s what nuns today have embraced, is that kind of a church. Not a dictatorial one, but a collaborative one.”

That collaborative approach was evident in the concluding paragraph of the LCWR board statement.  With forthrightness and hope, they present a vision for a church of justice, equality, and dialogue:

“The board recognizes this matter has deeply touched Catholics and non-Catholics throughout the world as evidenced by the thousands of messages of support as well as the dozens of prayer vigils held in numerous parts of the country. It believes that the matters of faith and justice that capture the hearts of Catholic sisters are clearly shared by many people around the world. As the church and society face tumultuous times, the board believes it is imperative that these matters be addressed by the entire church community in an atmosphere of openness, honesty, and integrity.”

As Another Federal Appeals Court Decides in Support of Marriage Equality, the... The Laity's Pocketbook Expresses Solidarity with LGBT and Immigrant Ri...
×
Loading Comments...
%d bloggers like this:
Scroll to top