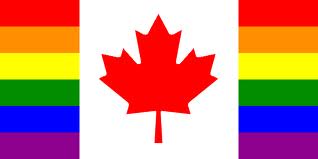 While Ontario’s debate about establishing student clubs with the name “gay-straight alliances”  in  state-funded Catholic schools continues, a new poll shows that a majority of citizens there favor such organizations.   Meanwhile, one Catholic school in the province is a shining example of LGBT acceptance for the rest of the church educational system.

According to an article in Toronto’s The Star newspaper,

“Ontarians favour the right of students to form gay-straight alliance clubs in Catholic schools by a margin of almost two to one, a new poll suggests.

“Fifty-one per cent agreed that students in publicly funded Catholic schools should be allowed to form clubs under that sometimes contentious name with 28 per cent opposed and 21 per cent undecided.

“ ‘Now that people are more familiar with them, there’s more support for them,’ Forum president Lorne Bozinoff told the Star on Tuesday.”

As previous reports of this issue have shown,

“While Catholic teachers have generally been supportive of the alliances, trustees and many parents have opposed them as not being in accordance with church teachings.”

St. Mary’s High School in Kitchener, Ontario, however, has had no problem with establishing a gay-straight alliance there, and, in fact, it is a thriving part of student life.   The school’s vice-prinicipal, no doubt, had a major impact in this area, according to a MetroNews.ca story:

“For Joan Grundy, vice-principal at St. Mary’s High School in Kitchener, standing up for youth who are gay, lesbian, bisexual and transgender is her job.

“ ‘It’s a no-brainer to me as a Catholic educator to do this work … Catholic teaching calls you to live out the gospel with integrity,’’ Grundy said.

“ ‘Jesus modeled a life of love, understanding and compassion. It’s not just tolerating people, but celebrating them,’ she said.

“Even as controversy recently erupted over the suggestion of creating gay-straight alliances in local Catholic schools, St. Mary’s was way ahead of everyone else. “

Indeed, the school’s support group, called PRISM — Pride and Respect for Individuals of a Sexual Minority, sponsored programs for the International Day Against Homophobia and Transphobia last week, highlighting ‘coming out’ stories from various personnel. Another MetroNews.ca story carried some of the personal tales.  For example, one parent told how his daughter’s journey changed his attitude:

“Wayne Ernst said he was always the first person to make the homophobic joke and didn’t care if he hurt people’s feelings.

“ ‘I was a bit of bigot. I was the Archie Bunker,’ said Ernst, who’s been on his own personal journey since his daughter came out as a lesbian. Now, the two have a close parental bond.

“ ‘I told her you will always be my daughter, nothing less,’ he said in an interview.”

Catholic officials should be flocking to St. Mary’s to see what they could learn from the teachers, students, and parents there.