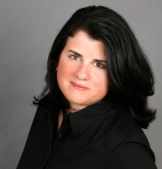 Inside and outside the church, the debate on marriage equality for lesbian and gay couples has provided some interesting discussion about the institution of marriage generally.  Two recent articles by prominent Catholic thinkers and observers, Garry Wills and Jamie Manson, are two exceptionally good examples.

In “The Myth About Marriage,” published in The New York Review of Books, Wills focuses on whether or not marriage has any religious significance:

“Why do some people who would recognize gay civil unions oppose gay marriage? Certain religious groups want to deny gays the sacredeness of what they take to be a sacrament. But marriage is no sacrament.”

In examining the scriptures used to support a religious view of marriage–such as the Creation story, Jesus’ comments on divorce (Mark 10:8), and the wedding at Cana (John 10:1-11)–Wills finds no evidence of the institution of marriage as a Christian sacrament.  He quotes Fr. Raymond Brown, the renowned Scripture scholar on the Cana story:

“Neither the external nor the internal evidence for a symbolic reference to matrimony is strong. The wedding is only the backdrop and occasion for the story, and the joining of the man and woman does not have any direct role in the narrative.”

Wills also relies on Joseph Martos, who wrote the classic text on the history of the sacraments, Doors to the Sacred, for a history of the sacrament of marriage, which begins only in the 12th century, and culminates in the thought of St. Thomas Aquinas. (An accessible summary of Martos’ scholarship on marriage can be found in Marriage Equality: A Positive Catholic Approach, chapter 8.)  Wills concludes his argument:

“Those who do not want to let gay partners have the sacredness of sacramental marriage are relying on a Scholastic fiction of the thirteenth century to play with people’s lives, as the church has done ever since the time of Aquinas. The myth of the sacrament should not let people deprive gays of the right to natural marriage, whether blessed by Yahweh or not. They surely do not need—since no one does—the blessing of Saint Thomas.”

While I appreciate Wills’ point, I think he is throwing out the proverbial baby with the bath water.  Marriage does have both civil and religious dimensions to it.  Many marriage equality advocates strongly support this dual dimension to the institution, but equally as strongly advocate for a separation of the dimensions to their proper authorities:  the secular, political realm governs civil marriage, while the religious realms govern religious marriage.

Wills is accurate in relating Martos’ history of marriage, however, I came away with a different perspective from Martos than he seems to have done.  In my reading, Martos’ history shows that, indeed, marriage is an institution which has evolved over time.  It changes with different understandings of human beings, their relationships to one another, their sexuality, and the “contract” that society has with its members in terms of conferring rights and responsibilities.

Marriage equality for lesbian and gay couples is being considered by society now precisely because our society has come to realize the value of the love and commitment between couples who share the same gender.  And as polls continue to show, for many Catholics, their is a religious dimension to the quest for securing marriage equality for these couples:  Catholics want equal justice for all couples whose love and commitment contribute to the common good.

Jamie Manson, in a National Catholic Reporter column entitled, “Sacramental Marriage Beyond Anatomy,”  explores this religious dimension of marriage (applying it to same-gender and different-gender couples).  She first recounts her personal experience, first in witnessing difficult marriages, and then witnessing marriages that were life-giving:

“It wasn’t until I attended graduate school, where many of my classmates were married, that I began to see that two people could flourish in a relationship. I realized that the same couples share a love so deep it actually can inspire hope and faithfulness to their larger community.

“Watching these couples, I began to understand what sacramental marriage means. If a sacrament is a sign of God’s grace, it follows that relationships that are signs of God’s love, mercy, forgiveness, and faithfulness are sacramental. These signs of grace are part of the new life that married couples are called to bring into the world, with or without children.

“I was well into my graduate studies when I realized that I was not heterosexual. I was grateful to have had so many married friends to show me the marks of a good and holy marriage. It helped me to know what to aspire to in my own relationships with women. I also met many same-sex couples during my studies and through them I was able to see that God was present in their relationships in the same way God was manifest in the relationships of my straight friends.”

Manson continues this line of thought by making the sacramental dimension to marriage explicit in her argument, pointing out that anatomical gender is less important that quality of relationship as an indicator of sacramentality:

“What made my straight friends’ marriages sacramental wasn’t the fact that their anatomies matched up in a particular way or that they could procreate. As I learned from my childhood, complementing genders and an ability to reproduce in no way guarantees that a marriage will be graced or sacramental. Their marriage was good and holy because it helped both partners to grow in generosity, compassion, mercy, and faithfulness. . . .

“To make procreation and gender complementarity the criteria for marriage simply does not do justice to the Catholic sacramental imagination. To believe that a sacramental marriage cannot happen between two people of the same sex is to place limits on God’s power to work within the relationships of God’s beloved children.

“If we take seriously the Catholic notion of sacramental love, then our concerns shouldn’t be over the anatomies of a couple, but whether or not the couple, through their commitment, brings the life of God more fully into our world. Is their relationship inspiring others to greater faithfulness? Are they a sign of the power of forgiveness and unconditional love? Are the sacrifices that they make for one another an incarnation of the selfless love to which Jesus calls us? . . .

“Rather than concern over the anatomical reality of a couple, the sacramental nature of marriage should be judged by whether there is equality and mutuality between spouses, whether the relationship helps both spouses to flourish individually and as a couple, and whether their relationship brings the love, mercy, and faithfulness of God more fully into our world.”

Manson makes a convincing case for the fact that marriage does have a religious dimension to it.  What I like about her argument is that her view is that the religious dimension comes from the relationship between the partners, not the anatomy of the partners.  Is this a development in our understanding of marriage?  YES!  And a very good one!  It reflects both our religious and psychological understanding that sexuality and marriage are about more than just human beings’ potential for procreation.

Manson’s view of marriage not only aids committed same-gender couples who seek recognition of their relationships, but it also can help us to take a different, more compassionate, approach to heterosexual couples whose marriages are marred by inequality, injustice, and abuse. In effect, by recognizing the importance of relationship as an indication of sacramentality, the discussion on same-sex marriage is helping, not hurting, heterosexual marriage to become a better institution in society.