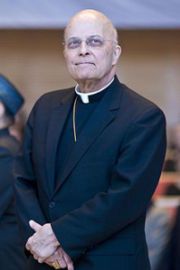 At St. Norbert College, Wisconsin, three-quarters of the faculty and students at commencement donned rainbow ribbons as a sign of protest against the school’s selection of Cardinal Francis George of Chicago as the commencement speaker.  George made headlines in December when he compared the LGBT rights movement to the KKK.  Over two weeks later, he apologized for the comments.

According to a WTAQ.com article:

“George did not address the controversy during his talk, and he did not speak with reporters. But the student speaker, Joanna Holzhaeuser of Ashland, told the grads to include people of different sexual orientations, gender, and race – and to avoid apathy in their human interactions.”

At the University of Notre Dame, South Bend, Indiana, controversies at commencement time are not uncommon.  The most recent controversy occurred in 2009 when bishops across the country protested the school’s choice of President Barack Obama as commencement speaker.  This year, the LGBT commencement controversy centers on the school’s selection of Kevin Hasson, founder and president of the Beckett Fund for Religious Liberty, as a recipient of an honorary degree.  A Windy City Times article notes:

“The anti-gay Beckett Fund defended Illinois Catholic Charities over its discriminatory policies in refusing to provide adoption and foster-care services to same-sex couples.” 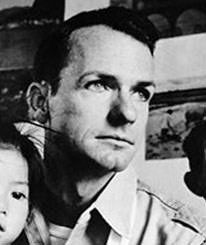 The article also notes that graduating seniors who are members of the campus’ “4 to 5 Movement,” a pro-gay student mobilization, plan to wear buttons displaying their support of LGBT equality during the ceremonies.   (The Windy City Times article continues with a fascinating analysis of the current state of LGBT issues on Notre Dame’s campus, as well as background on famous gay Notre Dame alumni such as the revered Dr. Tom Dooley and retired Air Force Lieutenant Colonel Victor Fehrenbach.)

At Sacred Heart Academy, Mount Pleasant, Michigan, gay alumnus Dominic Sheahan-Stahl was disinvited as commencement speaker when it was learned that he planned to marry his partner in New York.  An alternative venue, Central Michigan University, was found for him to deliver his address, following the commencement ceremony. CM-Life.com reports on  preparation for the speech later this week, and quotes Sheahan-Stahl:

“My speech that I was going to give had nothing to do with being gay or homosexuality whatsoever. . . .It was about fear and facing those fears. This one is going to be about fear and not letting anything stand in the way of achieving your dreams.”

“She said it was God’s providence that Warriner Hall was available for Sheahan-Stahl to speak on the same day of the graduation. 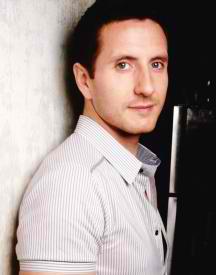 “ ‘It’s really special that it’s Sunday because the seniors have so dearly wanted to keep Dominic (as part) of their graduation day,’ Groves said. ‘Doing it this way, they can go to mass, go to hear Dominic at 1 p.m., then go back to their school at 3 p.m. to graduate. So in their own way they can stand their ground.’ ”

(A complete interview with Anne Groves about the support that she and other Sacred Heart parents are providing to Sheahan-Stahl can be found here.  Sheahan-Stahl’s open letter to the local bishops can be read here.)

As far as I’m concerned, Sheahan-Stahl’s example shows exactly why Catholic commencement ceremonies should invite LGBT speakers.  No one can better give the graduates one of life’s most important lessons: to be true to oneself, despite fear and opposition.

The students’ responses of speaking out for equality in all three ceremonies show that they have already learned that important lesson, and that they are already teaching it to the rest of the church.