Commencement speaker controversies at two Catholic campuses on opposite sides of the country have sparked petition drives that have resulted in opposite results. 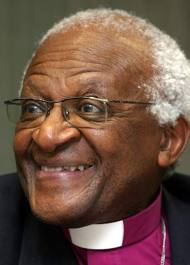 On the West Coast, in Spokane, Washington, Jesuit-run Gonzaga University has held firm in hosting South Africa’s Anglican Archbishop Desmond Tutu, a Nobel Peace Prize winner, as commencement speaker this year.   A petition drive to rescind the invitation, motivated in part because of Tutu’s support for the ordination of gay clergy, collected 700 signatures.  However, another petition drive in support of Tutu collected 11,000 signatures in 48 hours, according to an article in The National Catholic Reporter (NCR).

“We are very much looking forward to having him.I really believe that this is very consistent with what both the church and Jesuits want for its institutions; and of course in any community people will have different points of view around that.”

In an earlier NCR article, McCulloh offered his reasoning for inviting Tutu:

“While we have received messages both positive and negative about our decision to invite Archbishop Tutu, the vast majority of responses indicate that there is great support. People see our invitation as honoring Tutu and the social justice activism of our institution.”

“When Bishop Cupich was asked in person about Gonzaga honoring this commencement speaker who publicly espouses views in fundamental opposition to the teachings of the Catholic Church and most other Christian denominations, he indicated support for Gonzaga’s decision stating Archbishop Tutu is being honored for the work he did to end apartheid in South Africa.” 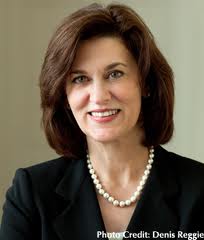 On the East Coast, a 20,000-signature petition failed to convince Worcester, Massachusetts, Bishop Robert McManus to ask Anna Maria College to reconsider its decision to cancel Victoria Reggie Kennedy as commencement speaker.   (You can read an earlier Bondings 2.0 posting about this decision here.)  According to an article in the Worcester Telegram and Gazette,

“The liberal arts school in Paxton [Massachusetts] disinvited Mrs. Kennedy, the widow of the late U.S. Sen. Edward M. Kennedy, after the bishop told Anna Maria College President Jack Calareso that he had concerns about her positions on abortion, gay marriage and other social issues.”

Bishop McManus released a statement on the diocese’s website in support of Calareso’s decision:

“While I recognize that there are those who do not agree with Anna Maria’s decision to disinvite Mrs. Kennedy as its commencement speaker, I continue to stand behind the concerns which I shared with Dr. Jack Calareso, the college’s president, last March. As such, I support the public statement of the College’s Board of Trustees that ‘the invitation be withdrawn in the best interest of all parties and most importantly the students which will be graduating.’ ”

"Whodunit" Surrounds Decision to Disinvite Gay Alum from Commence... Round-up of Actions and Commentary on LCWR
%d bloggers like this:
Scroll to top