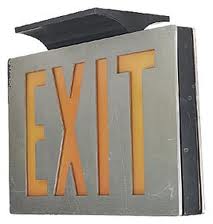 The ill-treatment of gay and lesbian people by Catholic leaders is one of the main reasons that people are leaving the church in such high numbers, according to a new survey conducted for the Diocese of Trenton, NJ, by two top Catholic researchers.

Fr. William J. Byron, SJ, a business professor at St. Joseph’s University,Philadelphia, teamed with Charles Zech, director of Villanova University’s Center for the Study of Church Management to conduct what amounted to “exit interviews” with Catholics who have left the church.  The study was requested by Trenton’s Bishop David O’Connell, and it surveyed almost 300 people.  A report of study can be found in an article entitled “Why They Left” published by the researchers in America magazine.

The article quotes a large sampling of the respondent’s comments. Two of these samples relate to LGBT issues.

In answer to the question “Are there any religious beliefs or practices specific to the Catholic Church that trouble you?,” one respondent said:

“Yes, the church’s view on gays, same-sex marriage, women as priests and priests not marrying, to name a few.”

In answer to the question “If you could communicate directly with the bishop, what would you like to say?,” one respondent said: 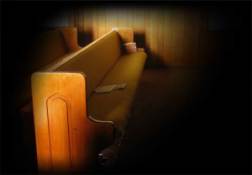 In summing up the survey responses, the researchers include opposition to marriage equality as one of the main reasons people left:

“There is much to be learned from all this. Considering that these responses come, by definition, from a disaffected group, it is noteworthy that their tone is overwhelmingly positive and that the respondents appreciated the opportunity to express themselves. Some of their recommendations will surely have a positive impact on diocesan life. Not surprisingly, the church’s refusal to ordain women, to allow priests to marry, to recognize same-sex marriage and to admit divorced and remarried persons to reception of the Eucharist surfaced, as did contraception and a host of questions associated with the clergy sex-abuse scandal.”

According to a post on CNN’s Belief Blog, “The second most cited reason for leaving the church was that former worshipers felt homosexuals were unwelcome in the church.”

One of their key recommendations was for pastors, bishops and other church officials to respond consistently to questioning or angry Catholics with constructive dialogue rather than a simple reiteration of church rules or policies. . . . [The researchers] several times cited a response of one disaffiliated Catholic who complained, ‘Ask a question of any priest and you get a rule; you don’t get a “Let’s sit down and talk about it” response.’ ”

Will the Catholic Church ever be perfect?  I doubt it, knowing our human incapacity for perfection.  But there are many areas in which it certainly can work towards improvement, just as we all do with the so many areas in our life in need of redemption. It’s a hopeful sign that at least one bishop was interested in learning how the church could improve.