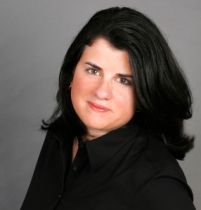 Jamie Manson’s essay, “As Culture War Rages, What’s the Status of LGBT Rights on Catholic Campuses?” takes an unflinching look at how issues about sexual orientation and gender identity are being treated in various locales. The news might be a bit of a mixed bag.

Manson, an award-winning columnist for The National Catholic Reporter who recently led a focus session on Catholic young adults and LGBT issues at New Ways Ministry’s Seventh National Symposium, points out many of the good things that are happening:  the recent More Than A Monologue conference series, the offering of domestic partner benefits at some campuses, the establishment of LGBT centers on two national campuses, that over 100 schools are listed on New Ways Ministry’s gay-friendly Catholic college list.

She also observes, however, that job security for LGBT faculty and staff can be precarious.  More worrisome is the culture of fear about LGBT topics that still exists on Catholic campuses:

“For all the advances on some Catholic campuses, a culture of fear still looms heavily. Though nearly twenty scholars and program directors were contacted for comment on this article, only three were willing to speak on the record.

“This silence, whether self-imposed or ecclesiastically-ordered, raises important questions about the future of younger theologians and scholars at Catholic universities. What is the impact on academic integrity when new faculty members fear that they might be denied tenure, or get their university in trouble with a bishop, if they publish ideas or speak to the media about controversial topics?”

This fear and silence was in evidence just a few days ago when Anna Maria College, a small Catholic school in Massachusetts, rescinded their invitation to Victoria Kennedy, widow of Senator Edward Kennedy, in part because of her support of marriage equality.   But perhaps as evidence of the mixed bag that Manson describes, it is also true that another Catholic college in Massachusetts, Boston College School of Law, will, in fact, be hearing Ms. Kennedy as their commencement speaker this spring.   You can read the full story of the Anna Maria College decision here.

Still as we’ve said before, Catholic colleges are one of the areas in the church where New Ways Ministry sees the most progress in the area of LGBT issues.  Manson’s article offers three reasons.  The first reason is the fact that the majority of Catholics are supportive of LGBT issues:

For [Professor Paul]Lakeland [of Fairfield University] . . . the divide on LGBT issues, ‘is not between church and academy, but between the institutional voice of the episcopate and the bulk of the Catholic population.’

“According to a 2010 study by the Pew Forum on Religion and Public Life, 49% of white Catholics support gay marriage, up 5% from the previous year’s poll. A 2011 study by the Public Religion Research institute found that ‘when same-sex marriage is defined explicitly as a civil marriage,’ support increases to a staggering 71%.”

The second reason focuses on the mission of a university:

“Paul Crowley, SJ, professor of theology at Santa Clara University, a Jesuit school located in the middle of Silicon Valley, sees not so much of a divide between bishops and universities as ‘a difference of approach.’

“ ‘The Catholic university should be a place where there is more room than there is in some other sectors of the Church for free exploration of ideas and questions that people may raise,’ said Crowley. ‘This isn’t to deny a legitimate, normative role for the Church’s teaching in the intellectual life of a Catholic university.’

Campuses are pluralistic places with students and faculty who represent a diversity of religious traditions, races, ethnicities, and sexual expressions. ‘So, in regard to the Church’s teaching on homosexuality, the Catholic university should be a natural place to ask, “what are the lived implications of the Church’s teachings?’” Crowley said. ‘How do you, in a reality-based way, negotiate the Church’s teachings with human lives? ‘ ”

The third reason offers, perhaps, the most promise for a future Catholic church that promotes equality and justice for LGBT people:

“The Pew Forum’s 2010 study of ‘Religion Among Millennials,’ demonstrated that 72% of Catholics between the ages of 18 and 29 believe that homosexuality should be accepted by society.

“One professor who asked to remain anonymous told me, ‘The views of younger people are a sign of hope.’ ”

Equally Blessed to Bishops and K of C: Sever Ties With NOMTrying to Repeal Marriage Equality Laws in Maryland and Washington State
Scroll to top
Loading Comments...
%d bloggers like this: