The headline on the front cover of Commonweal magazine’s current issue reads “Sex, Marriage, and the Church.”  The tremendous decline in marriages (both civil and sacramental) in our society, as well as the obvious fact that most Catholics do not accept the hierarchy’s teachings about sex and marriage, offer the occasion for such an examination.

The editors invited nine scholars and writers to respond to observations posed by the church historian Eamon Duffy (in Unfinished Journey: The Church 40 Years after Vatican II, Essays for John Wilkins), from which the following is a  germane excerpt:

” It is not merely Catholic marriages, for example, which are in decline, but, it would seem, the institution of marriage itself. The moral pattern imposed by the church (slowly and with enormous difficulty) on European sexual behavior and family structure from the early Middle Ages onwards seems now to be collapsing. Later than most of the rest of the churches of the West, the Catholic Church is increasingly confronted with the need to evolve a modus vivendi with these apparently inexorable social trends, which can be lived by ordinary people with integrity. Marriage is above everything else a social institution, and if the church is not to decline into being a sect for the saintly, ordinary Catholic couples cannot realistically be expected to live lives untouched by the social and sexual expectations and mores of the culture as a whole. The tragically large and growing number of Catholics in irregular unions is both an indicator of the way in which the values of society shape the lives and perceptions of Christians and also, in pastoral terms, a ticking time bomb, which by one means or another is going to have to be defused if it is not to decimate the Catholic community and, more importantly, deprive thousands of people of the sacramental support and light they need.”

In balanced journalistic fashion, the responders cover a wide range of approaches and positions on this matter.  I will try to excerpt and comment on some of the more salient points, but, in this case more than in most others, I encourage the interested reader to read the entire discussion for one’s self.  In this first posting, I will summarize and comment on the responses with which I tend to agree; in a second posting on another day, I will do the same for the points with which I disagree.

To my thinking, the most reasonable response comes from Luke Timothy Johnson, a professor of theology at Emory University.   Johnson (who, incidentally, will be a plenary speaker at New Ways Ministry’s upcoming Seventh National Symposium) takes the approach that to solve the marriage crisis, it is imperative that church leaders speak with the people who are affected (positively and negatively) by the current teaching.  He describes the current crisis of marriage and sexuality as

“. . .a case where attending to the actual experience of those participating in such ‘irregular unions,’ available through the stories they are eager to share, can help the church perceive in such stories the work of God or its denial, as a means of guiding its own faithful response.”

In listening to the faithful, Johnson posits that the following situation may occur:

“The church might . . . be called to examine how some aspects of the ‘institution of marriage’ as presently structured do not so much nurture the people as reinforce custom, and to respond creatively to the work of God as displayed in the lives of those touched by grace. In this case, change is the expression of obedient faith by the church.”

Johnson notes that there is very imperative reason for attempting this dialogue, which has to do with issues that are greater than sexuality and marriage:

“The one thing the church cannot afford to do is to refuse to pay attention to what is actually happening in people’s lives. What is at stake, after all, is not the preservation of Catholic (or European) institutions, or the survival of the community, or even the fullest possible participation in the sacraments. What is at stake is obedience to the living God, without which the church does not have much reason to exist.”

Leslie Woodcock Tentler follows a line similar to Johnson.  Taking a pragmatic assessment of her local parish, she observes:

“The relatively full pews contain some obviously gay couples, as well as couples whom I know to be in second marriages. The typical family appears to have only two children. As for the many young singles in attendance, I seriously doubt that all are living lives of perfect chastity. . . . [M]ost of us have apparently decided that the essence of the Christian message has to do with something other than sex.”

Although Tentler doesn’t frame it as a catechetical problem, she acknowledges that the current crisis is due in part to the fact that preachers and teachers are unwilling to promote the official teaching on sex and marriage–sometimes because they disagree with it and also because:

“The gulf between what the church teaches and how most Catholics actually live dictates silence on sex as a pastorally prudent strategy. At a time in history when Catholics are in desperate need of guidance on sex and marriage, the teaching church has nothing to offer beyond the occasional iteration of ill-understood prohibitions.”

Tina Beattie, who teaches theology at Roehampton University, London, UK, illuminates a painfully poignant contradiction in  the hierarchy’s approach to humanity when it comes to marriage:

“The church acknowledges that sin and failure are woven into the human condition, yet a ruthless idealism prevails when marriages break down. The denial of the sacraments to the divorced and remarried means that many Catholics are excluded from their Eucharistic communities just when they are most vulnerable. This also affects children, who risk being alienated from the church indirectly through the exclusion of their parents. “

Beattie offers an interesting alternative that is worth pondering:

“Maybe we need to rediscover a model of extended family life, one in which divorce, rather than death, weaves people into several families in the course of a lifetime. After all, throughout Christian history early death has meant that most people have been serially monogamous, and the longevity of marriages today presents a new challenge. Step-parents and half-siblings are by no means a new historical phenomenon.” 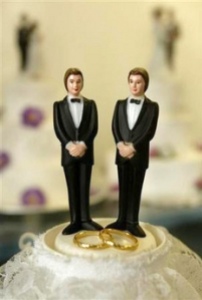 On the topic of lesbian/gay relationships, Beattie provides a good, succinct summary of  the contemporary theological approach to this issue:

“But what about those in same-sex relationships? I think the church has fetishized genitality at the expense of a deeper and richer understanding of the possibilities of sexual love. Church teaching now acknowledges that the unitive dimension of sexuality is valid even when a marriage is infertile, but this defeats any appeal to natural law to defend the church’s opposition to gay relationships. The criterion of goodness in any sexual relationship is surely not reducible to every genital act (which is a major flaw in Humanae vitae). Rather, we need to ask how these acts are expressive of wider relationships of fidelity, commitment, and respect, which remain open to the “child” in the form of the vulnerable outsider.”

On the issue of same-sex marriage, Patricia Hampl, author, recognizes that there is a larger, more important context to the discussion of marriage and sexuality than first meets the eye.  The larger context is how the church deal with new realities and with people who seem “foreign” to them:

“The challenge we face now is not simply whether the church can change to fit the historic moment where same-sex marriage is already the law of the land in certain states. We need to decide if we are committed to the apostolic mission of inclusion, the rugged path Paul walked (and did he walk!) in cultures alien to his earliest assumptions and training. He kept walking, kept connecting house church to house church. He forged our tradition by this very insistence on sacramental inclusion.”

Commonweal’s editor, Paul Baumann, closes this discussion with a reflection on his mother’s travails with pregnancy, health, and the hierarchy’s condemnation of artificial contraception.   At the end of this deeply personal reflection, Baumann offers a hope for the future, which is an appropriate note on which to conclude:

“Catholicism has altered seemingly irreformable teachings on more than a few occasions over the centuries (baptizing the uncircumcised, the perfidy of the Jews, slavery, usury, separation of church and state) yet somehow found a way forward with its identity, focus, and integrity intact; and I hope now that it will muster the will to find its way out of this particular dead end.”