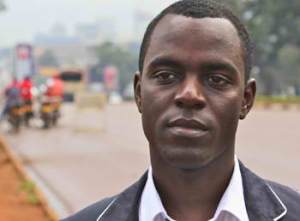 Amid the hubbub of Cardinal George’s insensitive comments yesterday comparing the LGBT movement to the Ku Klux Klan, a New York Times op-ed column by a gay Catholic man from Uganda was overlooked.

Frank Mugisha, who is the 2011  Robert F. Kennedy Human Rights Award laureate, wrote movingly about the oppression against LGBT people which exists in this African nation whose population is almost 42% Catholic–the largest denomination in the country.

As you may be aware, in 2009, the Ugandan government tried to institute the death penalty for people who are lesbian or gay.  Though the bill was tabled, it has been revived recently.  Even if the bill is not passed, its revival has already caused damage, Mugisha explains:

“. . .the bill’s influence has been felt in Ghana, Nigeria and Cameroon, all of which have recently stepped up enforcement of anti-gay laws or moved to pass new legislation that would criminalize love between people of the same sex.”

A common argument to support anti-gay repression in Africa has been that homosexuality is an import from the West.  Mugisha turns that argument on its head:

“Many Africans believe that homosexuality is an import from the West, and ironically they invoke religious beliefs and colonial-era laws that are foreign to our continent to persecute us.

“The way I see it, homophobia — not homosexuality — is the toxic import. Thanks to the absurd ideas peddled by American fundamentalists, we are constantly forced to respond to the myth — debunked long ago by scientists — that homosexuality leads to pedophilia.”

It is bad enough that Catholic leaders have not spoken forcefully against this obvious right to life issue.  What makes matters worse, however, is that the verbal abuse exemplified by Cardinal George’s comments the other day fuel the homophobia that leads to such hateful and violent attitudes.

Cardinal George, and other Catholic leaders, could learn a lot from Frank Mugisha.

At the close of his essay, Mr. Mugisha calls on world leaders to stand with LGBT Ugandans

“Political leaders like Mrs. Clinton and religious leaders like Archbishop Desmond Tutu are willing to publicly state that being gay is just one of many expressions of what it means to be human. I call on other leaders — particularly my African-American brothers and sisters in politics, entertainment and religious communities — to come to Uganda, to stand with me and my fellow advocates, to help dispel harmful myths perpetuated by ignorance and hate. The lives of many are on the line.”

Cardinal George should go to Uganda.

Ireland's Christmas Gift to New York's Couples "The Dawn From on High Shall Break Upon Us"
%d bloggers like this:
Scroll to top