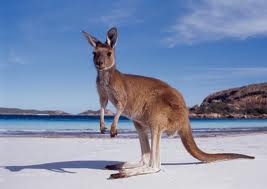 A few days ago, we wrote about support for same-sex civil unions coming from Archbishop Vincent Nichols, the archbishop of  Westminister, the highest ranking prelate in the United Kingdom.

Today we learn that this type of support has spread to Australia, too.  In a column on EurekaStreet.com.au, Fr. Frank Brennan, SJ, professor of law at the Public Policy Institute of Australian Catholic University, argues that Catholic members of Australia’s parliament should support civil unions for same-sex couples:

To be clear, Fr. Brennan does not support “extending the definition of marriage to include the union of two men or two women.”   Still, his reason for support of civil unions is a good one:

“I would do so because I think the State should not discriminate against couples who have a mutual commitment to a shared life (whatever their sexual orientation). . .”

And he supports his position by reference to the Catechism of the Catholic Church:

“On the issue of civil recognition of same-sex unions it is not appropriate in the public square simply to agitate about the Catholic view of the sacramentality of marriage. Even the Catechism of the Catholic Church states: ‘The number of men and women who have deep-seated homosexual tendencies is not negligible. This inclination … constitutes for most of them a trial. They must be accepted with respect, compassion, and sensitivity. Every sign of unjust discrimination in their regard should be avoided.’ “

How long will it be before similar thinking spreads to the Catholic leaders in another English-speaking former colony of England: the United States of America?